Has the Brain’s Plan Been Foiled? 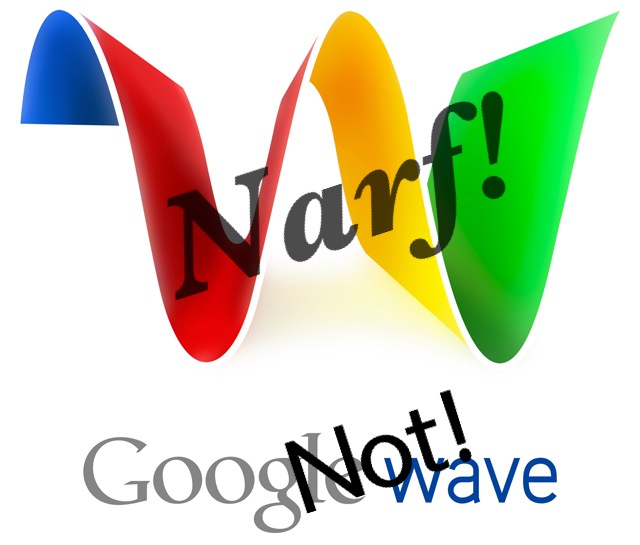 OK – So its not quite breaking news. It took awhile to recover from the shock. For the moment just play along.

Google announced recently that they are suspending further development of Google Wave[i].

“Was it a social network or a collaboration tool on steroids? Nobody could quite agree, and it’s one reason for the demise of Google Wave.” Georgina Swan, PCWorld[ii]

“Still, I think Google’s public celebration of its recent product failures strongly suggests that its growth story is far from over.” John Keeling, The Motley Fool[iv]

I can hear the Brain going through his checklist with Pinky:

Geeks: A mass media they make – Not!

Anyone of these points could become the next media gestalt that changes how we operate in the world at large. However these capabilities, though requiring more computational capability, are more incremental to what has already been accomplished in Web 2.0.

Collaboration already can be done with Webex and combining email with documents is not that different from Google Groups. In the end the mashup was too complex for anyone but a techno geek to comprehend. To bring social networks into email and messaging has already been done by Facebook and MySpace with Twitter and Tumblr addressing the need to express and publish thoughts and ideas.

To return to a desktop metaphor of work groups and browsers just doesn’t seem to fit the persona of a revolution. A better spell checker and watching someone correct your text while you are typing is not sufficient change and in some ways creepy.

It is the masses of social beings (which excludes many of us geeks) accepting and adopting a technology that creates a medium. Make no doubt about it, you have to become a medium phenom if your goal is to take over the world. You can’t be like Microsoft, just coming out with new versions of the old stuff, or in Googles case tweak the search algorithm. That is the direct road to has been.

The untapped potential is the networks created in Web 2.0 can be used to accomplish things…together…in Web 3.0! Working together is not a new thing, but potentially disruptive if facilitated and accomplished on a massive scale. Unfortunately, Google is not able to exploit this potential, whereas Facebook and Twitter have been able to at least capture the public’s imagination, and Apple has been able to focus on its demands.

Google must Face the Book (and the Music)

If Google is the Architect of Cloud 2.0, then Facebook is its face. Google after all this appears as clueless as the Architect in the Matrix (don’t even consider Facebook as the Oracle … maybe Apple or Salesforce). Poor little Google caught between Facebook and Apple looks as out of place and lumbering as Microsoft and Yahoo at a search conference. Somehow Google has to defend search and get Social as Microsoft had to defend the desktop and get the Cloud. From Microsoft’s experience, it does not look good for Google nor the Silicon Valley techno-geeks that have been cheering on Google’s technological arrogance[vii]

In fact there is an ironic twist to our Pinky and the Brain metaphor. Facebook and Twitter, the scorned of the Valley Wag, are viewed as Pinky against Google as the Brain. Though he plays the part of the simpleton, it is Pinky that has the sardonic insights that cut through to the core of the Brain’s maniacal self-absorption. Will all the brain power at Google be able to work through it’s own short sightedness? The indications are no – but that’s another episode.

Don’t Count the Brain Out Just Yet

To be fair, the Brain is tenacious both in cartoon and corporate forms. Google still has the computational power and experience that Microsoft and Yahoo are only now attempting to match. The social media companies – Facebook, Twitter, Diggs – are preoccupied with meeting demand, with Facebook able to expand application of its network to different services. But can it all be done in blue with not even a glance to user experience.

To many pundits, from the Wave experience, Google has acquired capabilities that will eventually be spread to other offerings including a social offering. So perhaps let Google regroup and keep an eye on them for another breakaway plan. After all, Android is number one iDevice OS and Chrome is taking share from Microsoft IE. That’s success. Right?

I wonder what others are doing in the meantime?

Mehrotra, P. (2010, 12-August). Will Google get it right this time? From HindustanTimes: http://www.hindustantimes.com/Will-Google-get-it-right-this-time/Article1-584772.aspx

[v] This was one of three points that Google felt was a major accomplishment in the Wave development, hinting at the use of semantics to help improve spell check suggestions. The implications are astounding – an entire semantic web dedicated to spell checking. The ramifications are mind-boggling: instead of the dozen suggested words that have nothing to do with what you were intending, it comes up with one or two suggestions that do apply – based upon the context of what you are writing. Hopefully it picks up changes in discussions that occur often in real time better than the contextual ads that are places at the side of the text. It is something I would not of thought of right off the top when envisioning a semantic web. But having thought about it now – I can sort of see their point – not! Not to say that a really good spell checker would be nice. Snark.

[vi] I am paraphrasing a rather decent breakdown of why Google Wave was not accepted from the editors of Ars Technical (Ars Technica Staff, 2010)

An accomplished and innovative Web Analytics Professional and Business Intelligence Strategist. Over 10 years experience in development and
View all posts by Timothy Kraft →
This entry was posted in Technology and tagged Google Wave, Semantic Web, Web 3.0. Bookmark the permalink.