Cloud Computing From Both Sides Now

It’s Effects Beyond IT 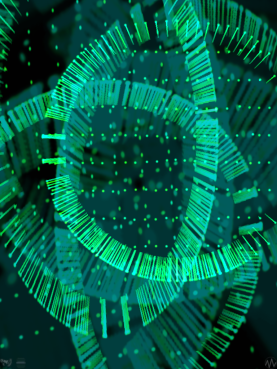 Cloud computing is a concept best understood within the context of IT[i]. Its primary effect on business is the potential significant saving in capital expenditures (CAPEX) and potentially maintenance (OPEX)[ii] of IT’s hosting assets. This is due to leveraging the scale of large server farms, and the recent ability to allocate slices of CPU, memory and storage on demand within these farms[iii]. This is sometimes referred to as elastic computing or utility computing. Elastic in the sense that additional resources can be allocated to meet periods of peak demand[iv] and utility in that one pays only for resources used[v]. So this would be a boon for startups and for new ventures within established companies to launch new products and services with significantly reduced startup expenditures and time to market[vi].

Scalability and Availability At the Core

For large Internet companies with stable traffic the benefits quickly diminish as the enterprise can build at a greater long term cost savings what is referred to as internal clouds, which in similar fashion integrate all resources as a single maintained entity through virtualization[vii]. In this sense cloud computing, whether external or internal, refers to computing and infrastructure resources that are configured for high scalability and availability. Scalability has already been discussed in a previous post[viii] and is a significant aspect of the second surge in cloud computing or Web 2.0. Availability is a related concept dealing with strategies for completing processes when computers and communications fail. Typically the strategies require duplicating processes on multiple computers in parallel and deciding at the completion of each process the correct result from these multiple sources[ix]. Duplicating processes is a form of concurrent programming and follows the same principles as scalability, including Sullivan’s Law[x] – it’s the high availability and not efficiency that is the critical factor[xi].

An Enterprise Platform with Broad Application

Cloud computing as defined above is neither a strikingly new business model nor novel technology breakthrough. After all, free or low cost hosting has been supported from the very beginning. What has changed is the experience of large Internet companies such as Google, Amazon, EBay, and Yahoo and more recently Facebook and Twitter in dealing with the scalability of servicing high consumer demand and streamlining the hardware / software platform cost[xii]. This has resulted in better leveraging of engineering and IT efforts such that the resulting platforms and infrastructure are more abstract and flexible to support a wider array product service demands[xiii]. This in turn enables and moves forward various development and support strategies, such as Web Services (WS), Software as a Service (SaaS), Platform as a Service (PaaS), Infrastructure as a Service (IaaS) and Managed Services, which are sectors that have been around for sometime but have yet to reach mainstream acceptance[xiv]. The expectation is that these will become more widely accepted and adopted successfully by more business models going forward[xv].

The Dark Side of the Cloud

As close to utopia as this would seem, cloud computing presents significant issues that must be addressed to successfully deploy applications to the cloud. The first and most significant is that cloud computing as discussed in most articles has little to do with computing and more to do with virtual hosting – getting resources into the cloud. Hosting issues that are relatively easy to address in self-hosted scenarios become an order of magnitude greater in virtual hosting environments. These include control, security, reliability, and performance monitoring[xvi]. Of course, new visualization technologies and standards have been developed to address these but require new IT procedures and tools that can be incompatible with standard operating procedures in a self-hosting scenario[xvii]. So the full implication of the change has to be considered along with business value proposition.

From Virtual Hosting to Cloud Computing

As important and fascinating as virtual hosting is to the evolution of the Internet, it is not by itself sufficient to ensure success or propel a Web 3.0 gestalt. Even with virtual resources with potential unlimited scalability and promised three sigma availability, ones actual results may differ. For success in realizing this potential and promise, the primary effort comes down to web architecture[xviii]. This means actually designing the service to be elastic and highly concurrent. We will find in this series of posts that this will require a new computing paradigm that is actually well understood and practiced by everyone except computer scientist. To understand the implications of this paradigm, we will need to enlarge our scope of cloud computing beyond utility hosting to encompass how web site implementations and actual computing will change[xix]. This is what we will address in the next post and will begin with Google, who is the defacto architect of the current Cloud[xx] and appears to be moving in different direction from conventional approaches being implemented by Amazon, Yahoo, and Microsoft[xxi]. How can writing apps in Python be the basis of world domination? If we have learned anything from our history (as irreverent as it has been)[xxii], this is a clue we should probably not ignore.

[i] (Knorr & Gruman, 2009)
[ii] (Houghton, Cloud Computing Journal, 2010)
[iii] (Dedicated Server School, 2009)
[iv] (Grehan, 2008)
[v] (Marshall, 2008)
[vi] (Staten, 2010)
[vii] Virtualization is the process of visualizing a diverse array of physical resources as one virtual entity with respect to monitoring and management control or conversely sharing the same set of resources among multiple virtual entities with respect to operating system and server environment. (Houghton, Virtualization Journal, 2010)
[viii] (Kraft T. , 2010) see section: Brief Parable on Scale
[ix] The most prevalent strategy that is the basis of all Internet protocols uses Praxos algorithms. See (Wikipedia) also for its application in cloud computing (Burrows, 2006)
[x] Sullivan’s Law comes from a private conversation with the author that summarized the gestalt between scalability and efficiency summarized in the Brief Parable on Scale (Kraft T. , 2010) but a summary paper on Dr. Sullivan’s contributions can be found here, (Patton & Hersh, 2003)
[xi] Just remember, Scalability and Availability form the parallel plane that is perpendicular to Efficiency. If the last sentence makes sense then you maybe on your way to thinking concurrently. If not don’t worry, come back after reading this series and see if makes more sense.
[xii] Scalability is not guaranteed. For example, Diggs is currently struggling leading the VP of Engineering recently being shown the door (Schonfeld, 2010). A description of the difficulty can be found here (Rothschild, 2009). A list of how Facebook addresses scalability (High Scalability, 2008) as well as how it uses Open Source (Gedda, 2010)
[xiii] (Fogarty, 2010)
[xiv] (Knorr & Gruman, 2009)
[xv] (Dugal, Alexander, & Hellman, 2010)
[xvi] (DataPlex, 2010)
[xvii] (Houghton, Back to the Future: Monitoring the Cloud, 2010)
[xviii] This was the general theme of the review of current cloud offerings by (Knorr & Gruman, 2009)
[xix] (Ricadela, 2007)
[xx] (Kraft T. , 2010)
[xxi] (Banerjee, 2009)
[xxii] Irreverent History of Cloud 1.0 (Kraft T. , 2010) and Cloud 2.0 (Kraft T. , 2010)

1 Response to Cloud Computing From Both Sides Now